Woodstock Nation talks to performers, influencers, celebrities and fans about the power of music and the mythology of festivals, and the ways in which our relationship with music has changed, from streaming to social media. Filming begins April 2019 with high-profile artistic and cultural icons on location, as well as at top festivals across the United States. More info in the days and weeks to come!

Revolution, Evolution and The Life Changing Magic of Music Festivals from Woodstock to today. 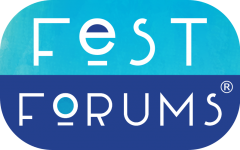 THE PLACE WHERE FESTIVALS & ARTISTS CONVERGE 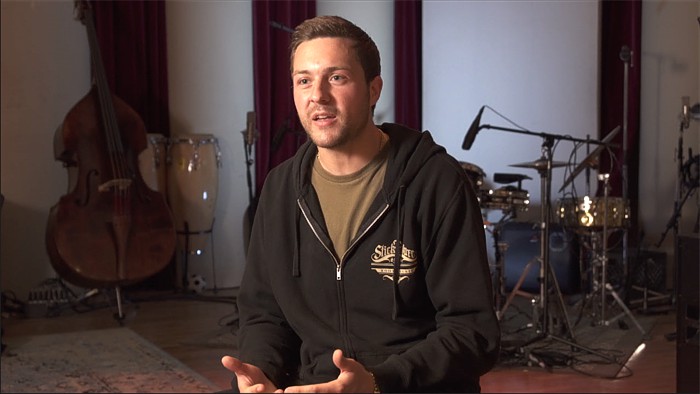 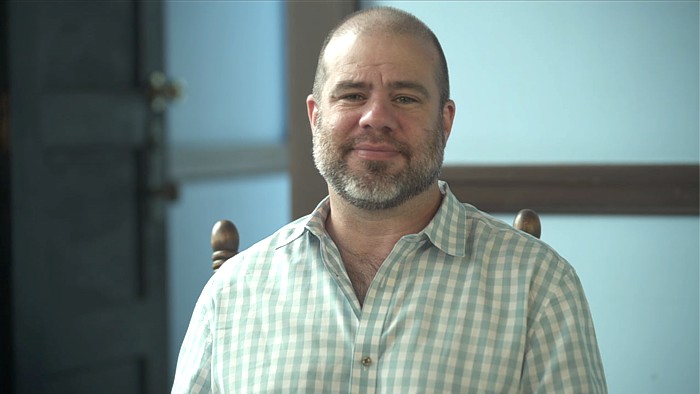 Prior to creating HeadCount, Andy was best known in the music community as an author of “The Pharmer’s Almanac”, a guide to the band Phish that sold over 70,000 copies. He also worked in sports for more than a decade, as media editor of Street & Smith’s SportsBusiness Journal and a vice president at the sports technology company Kangaroo TV. 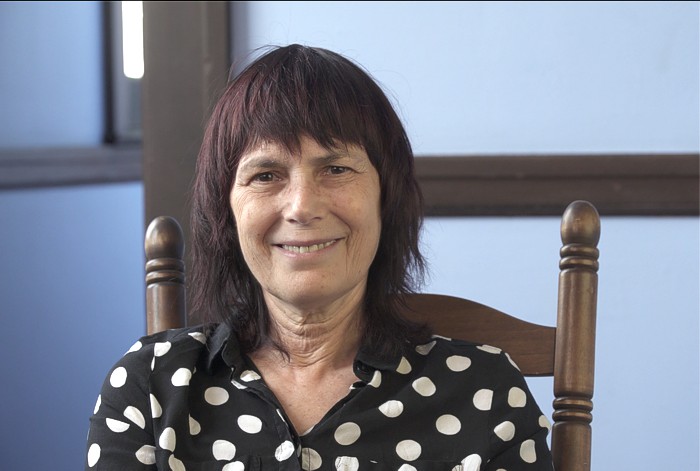 Meira Blaustein is the Co-Founder / Executive Director / Programmer of the Woodstock Film Festival. The Festival was launched in 2000 and has quickly become one of the most respected and influential regional film festivals in the US. Blaustein has been running it ever since. 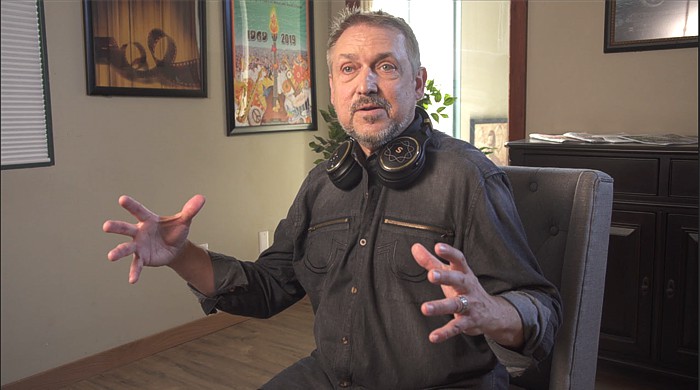 After deeply understanding the importance of protecting highly sensitive information (and a lifelong passion for music), founded Scaeva Technologies with a mission to restore $20B of annual revenue to the music industry through new ways to protect digital content from theft, and safely reproduce that content with extraordinary quality. 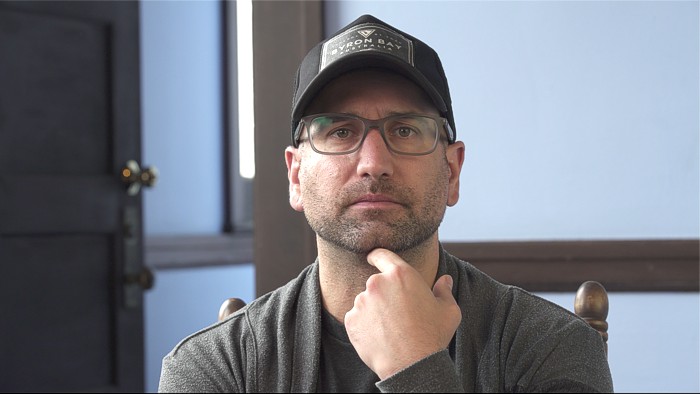 Producer of festivals & tours throughout North America. Artist manager of the band Nikki’s Wives. Also the founder and CEO of Ghost Rocket Music. 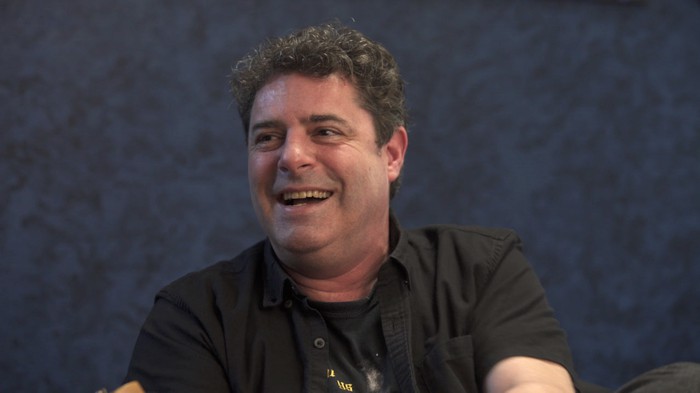 (born June 13, 1963) is the bassist and one of two constant members of the pop rock band Smash Mouth since their formation in 1994, the other being vocalist Steve Harwell. De Lisle was born in Exeter, Ontario, Canada. He has been with the band for their whole career thus far. Aside from Smash Mouth, De Lisle is also an avid surfer, which may be an influence on surf sounds in Smash Mouth’s music. He is also the writer of the band’s single “Pacific Coast Party” and is credited with many others. 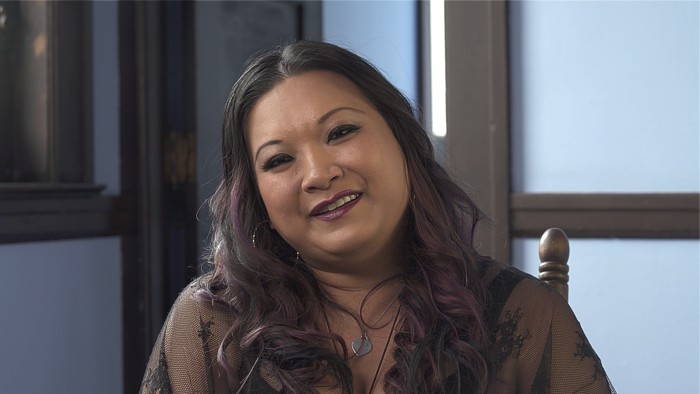 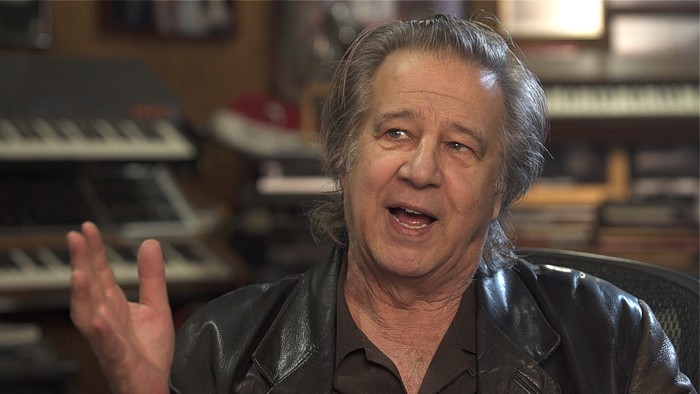 10 July 1950, Baltimore, Maryland, USA. Kihn was a singer-songwriter who started out as a folk singer but switched to rock. He moved to Berkeley, California in 1974, and the following year provided two solo songs for a compilation album on Matthew King Kaufman’s Beserkley Records. Afterwards, he became one of the first four acts signed to the label, adding backing vocals on label-mate Jonathan Richman’s classic ‘Road Runner’.

Influenced by 60s pop such as the Yardbirds, he initially used another Beserkley signing Earth Quake to back him but then formed his own band in 1976 based initially around Earth Quake guitarist Ronnie Dunbar (brother of the Rubinoos’ founder Tommy Dunbar). The initial line-up was Kihn (vocals/guitar), Robbie Dunbar (lead guitar), Steve Wright (bass), and Larry Lynch (drums). They were based in the San Francisco Bay area from 1976, playing local clubs and bars. Dunbar left after the first album to concentrate on Earth Quake and was replaced by Dave Carpender. The second album, Greg Kihn Again, included covers of Bruce Springsteen’s ‘For You’ and Buddy Holly’s ‘Love’s Made A Fool Of You’. This line-up came closest to a hit with ‘Moulin Rouge’, before Gary Phillips (again ex-Earth Quake) joined on guitar in 1981. The change brought about a more commercial direction that found quick reward.

‘The Breakup Song (They Don’t Write ’Em)’ reached the US Top 20 and Kihntinued, which housed it, became their biggest selling album, making number 4, after which Carpender was replaced by Greg Douglas (ex-Steve Miller Band). They managed a US number 2 in 1983 with the disco-styled ‘Jeopardy’, before Kihn dropped the band title and recorded solely as Greg Kihn. He continues to collaborate with bubblegum pop writer Kenny Laguna, and has become renowned for his punning album titles. In recent years he has worked as a rock radio presenter, written novels, and still records. 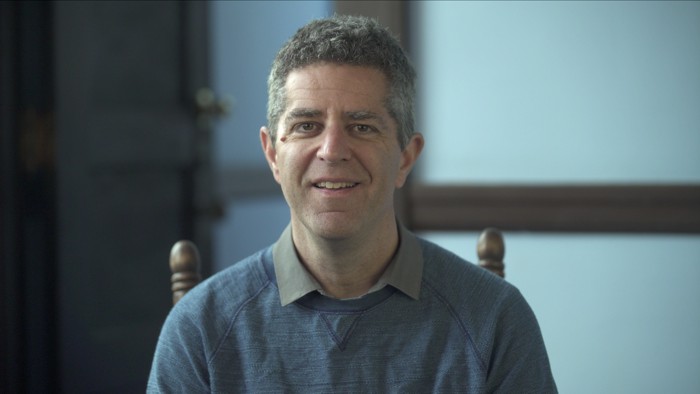 Steve Knopper is a Rolling Stone contributing editor and author of MJ: The Genius of Michael Jackson (Scribner, 2015) and Appetite for Self-Destruction: The Spectacular Crash of the Record Business in the Digital Age (Free Press, 2009). He has written for the New York Times Magazine, GQ, the Wall Street Journal, National Geographic Traveler, Fortune, New York and many others. He has been a guest on NPR’s Fresh Air with Terry Gross and the NBC Nightly News and a featured expert source in ABC’s The Last Days of Michael Jacksonand All Things Must Pass: The Rise and Fall of Tower Records. He lives in Denver with his wife, Melissa, and his daughter, Rose, who took this most excellent photo in Edwards, Colorado. 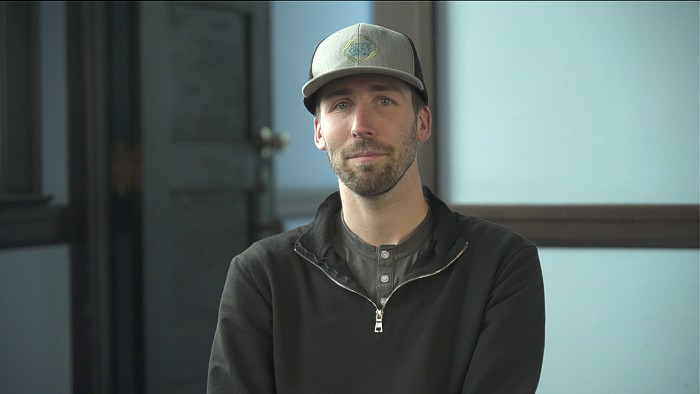 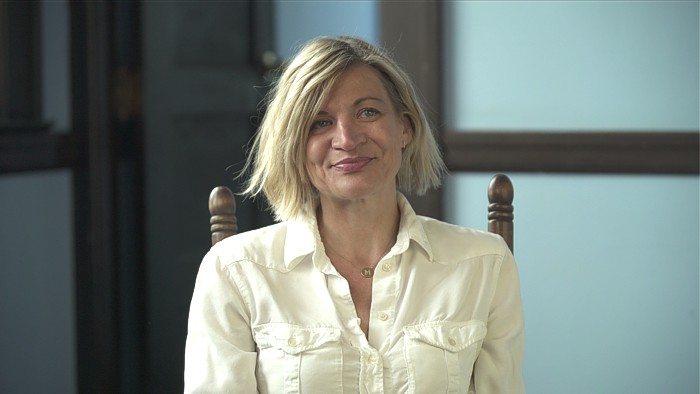 Danielle Madeira, 42, plays a key role in helping the 11-year-old festival’s promoter, Another Planet Entertainment, thrive independently as the third-biggest promoter in the United States, with 650 events per year. The high-energy mother of two launched and now spearheads the Bay Area-based company’s fast-growing private event business, which ­generates what she describes as “significant” revenue in its own right, but also helps secure ­partnerships for Another Planet’s public shows. 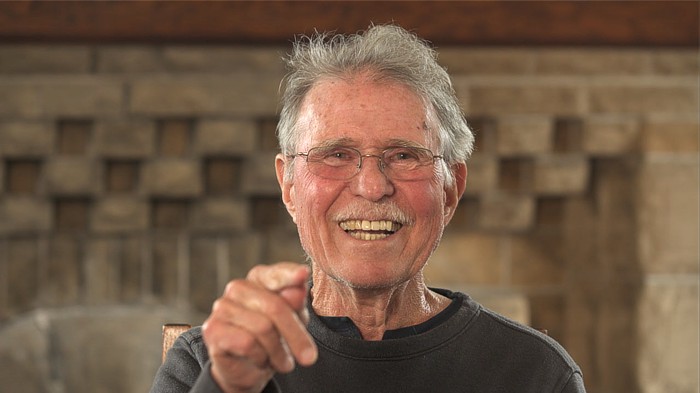 Country Joe McDonald straddles the two polar events of the 60s — Woodstock and the Vietnam War. The first Country Joe and the Fish record was released in 1965, in time for the Vietnam Day Teach-In anti-war protest in Berkeley, California. He sang one of the great anthems of the era, “I-Feel-Like-I’m-Fixin’-to-Die Rag,” to an audience of a half-million at the Woodstock Arts and Music Festival in 1969.

McDonald’s music spans a broad range of style and content. He began his solo career with a collection of Woody Guthrie songs. He went on to produce a musical rendition of the World War I poems of Robert Service, a collection of country and western standards, “Vietnam Experience” in 1985, “Superstitious Blues” in 1991 with Jerry Garcia, and an album of songs about nursing in 2002. In 2007 he put together a song-and-spoken-word one-man show about Woody Guthrie, and followed it up with another about Florence Nightingale.

After 48 albums and more than four decades in the public eye as a folksinger, Country Joe McDonald qualifies as one of the best known names from the 60s rock era still performing. He travels the world and continues to sell records. 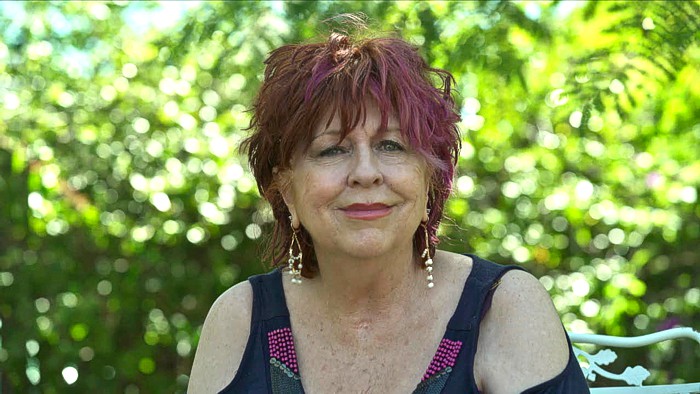 Nancy and Sweetwater made their headquarters in Silver Lake, on Griffith Park Boulevard near Effie, the Del Zoppo family house, where they worked on music and “how to be a band.” Sweetwater became one of the first bands to have a female lead singer, incidentally the first multi-cultural group. Their sound did not include electric guitars; instead they had a cello and flute as an integral part of the music, not mere sweetening. Sweetwater was one of the first groups to use Latin Percussion — congas before Carlos Santana. They sang a Gregorian chant before their version of “Motherless Child,” a musical mix rare for its time, but an entire genre today.
Then Sweetwater was chosen as the opening act for Big Brother & the Holding Company atone of the most popular clubs in Los Angeles, the Whisky a Go-Go on the strip. At the time Janis Joplin’s group had just signed a record deal. Sweetwater found themselves in a comfortable position with record labels bid for them. Warner Bros. got the deal and Sweetwater put out its eponymous first album Then they played the music festivals, starting with Miami, in the magic music year of 1968, along with the Doors, Jimi Hendrix, The Grateful Dead, Jefferson Airplane, Richie Havens, and Janis.

Sweetwater was the first band to take the stage at Woodstock, not exactly the catbird seat, according to Nancy, “We were definitely the sound check!” 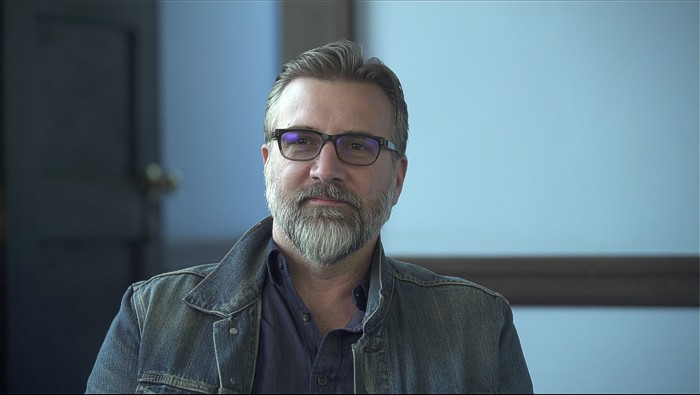 Lawrence has spent over 20 years as an executive, entrepreneur, producer, writer and commentator at the crossroads of technology, creative, commerce and community. His mission has long been to develop businesses, products and solutions that bring fans closer to the artists they love. Throughout his career, Lawrence has worked with the many of the most successful and globally-recognized artists and entertainment brands (such as David Bowie, Keith Richards, Pink Floyd, AC/DC, The Rolling Stones, Madonna, The Police, Genesis, Destiny’s Child, Tim McGraw and many others), to help them grow and shape their relationships with their fans while pioneering the creation of new content forms and revenue streams. This work has included producing and executive producing dozens of websites, online events, broadcast programs and DVDs as well as a Grammy-nominated box set. Most recently he produced UNBOUND: A★MINISERIES, a 16-episode miniseries on the Instagram platform exploring the music and themes of David Bowie’s final studio album, ★ (pronounced “Blackstar”).

The current President of Motion Picture Music for Paramount Pictures, has logged many miles as a touring musician but left the life on the road for one in the front office. Starting as an executive in promotion for A&M Records, Spendlove went on to work on the film music side in roles for Miramax, and most recently at Paramount Pictures. Recently, Spendlove took time to discuss with Glide Magazine his views on the industry and how he formulated his career in music and film. 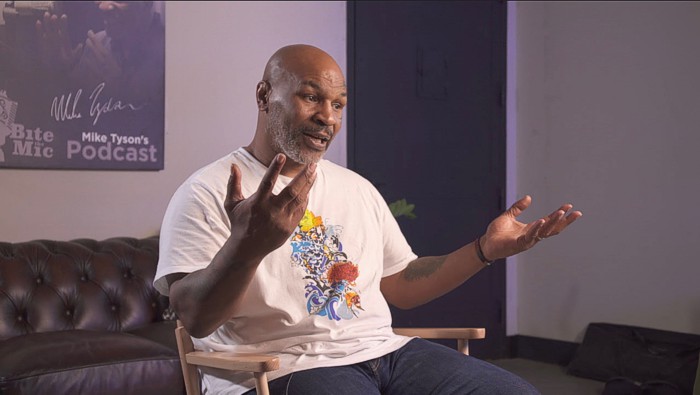 Boxing legend who became the undisputed heavyweight champion of the world in August, 1987. He infamously bit off a piece of Evander Holyfield’s ear during a match in 1997. 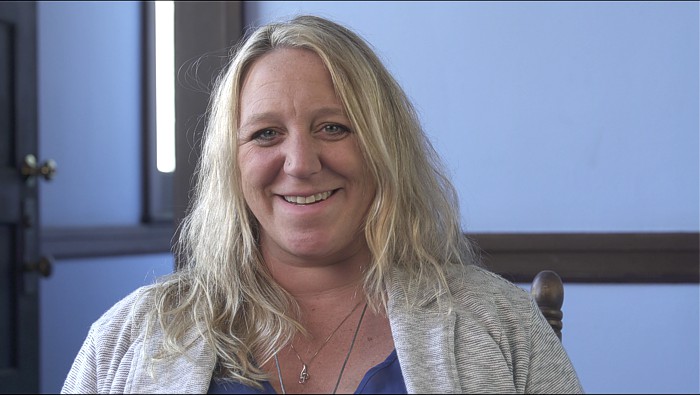 Director of Outside Lands Work and Event Manager at Another Planet Entertainment. 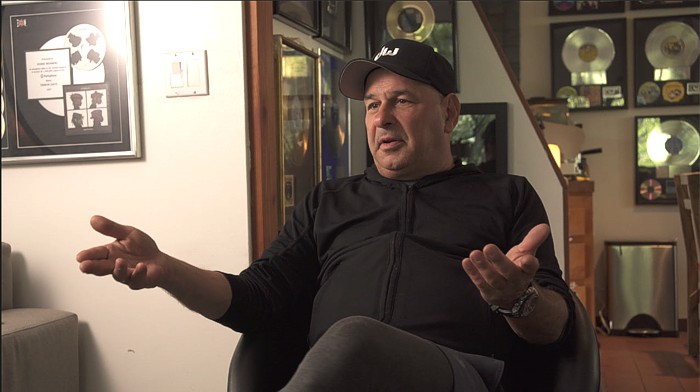 With over 30 years experience as head mastering engineer at the world renowned Masterdisk Studios in NYC, Howie Weinberg has created one of the most prolific careers in the music industry.

Howie has 4 Grammy nominations, 4 TEC awards, over 3000 releases, 200 gold records, and has sold an estimated quarter of a billion records.

In 2011 Howie relocated to Los Angeles and opened a truly unique mastering studio complete with the most advanced digital and analog equipment in the world. 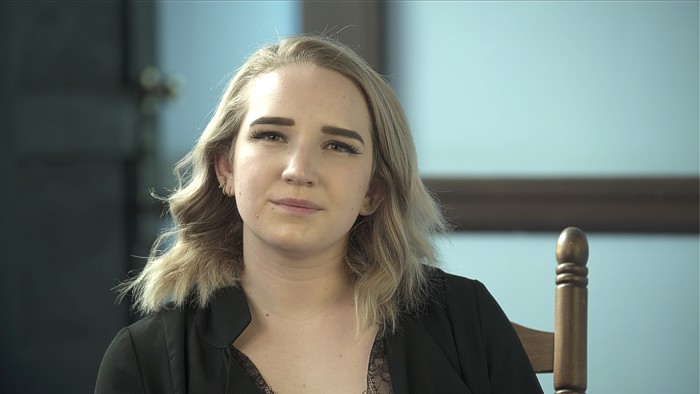 Starting her career as a solo artist, Nikki has been in and out of studios since she was 12 years old. After struggling for years to find collaborators who shared her aesthetic vision, Nikki found a creative home with Dylan and Nate. The trio instantly fed off each other’s creative energies and decided to redefine the project to reflect this radiant spirit, marrying three talents to create Nikki’s Wives. Their name comes from an inside joke: Nikki, Dylan and Nate all say that being in this band is the closest they will ever get to being married. 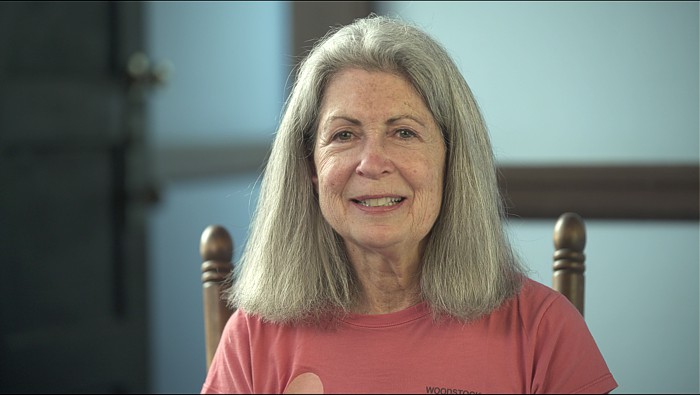 Linda, a classically trained pianist, is an Artist Manager and Consultant as owner of Management by Linda Yelnick. She is the Associate Producer/Co-Manager and manages Josh Friedman (Purple Fox and the Heebie Jeebies – mypurplefox.com). Linda serves as Front of House for our Redwood City Chapter Linda served on the Board of Governors of the San Francisco Chapter of the Recording Academy and continued to serve on its Special Events and Membership Committees. She is on staff for the Summer of Love in 2019 and the staff of the West Coast Songwriters Annual Music Conference for over 17 years.

‘Woodstock Nation’ explores music festivals from Woodstock to today, from the organic experience at Woodstock to the highly commercial festivals of today.Is music still a voice for social change?